It’s time for us to talk about the second map you will be getting with the launch of Plan Jaune called Dinant. A third map will be coming later.

The city of Dinant is located north of the Ardennes forest in Belgium and took part in the fighting to defend Belgium and stop the German advance across the river Meuse. The city saw considerable combat between the French and Belgium forces against the German Panzer divisions including Rommel’s 7th Panzer “Ghost Division” as they would be nicknamed.

After the battle, Dinant itself lay in ruins and was a shell of its former self. This is represented in-game by how destroyed the city looks.

There will be intense house to house fighting in the narrow streets of Dinant, as well as close quarter combat within the Citadel that sits atop the mountain that looms over the city.

The many tunnels and passageways hidden around the map will provide cover and concealment for troop movements. While claustrophobic tank combat in the streets will put even the most experienced tankers to the test. 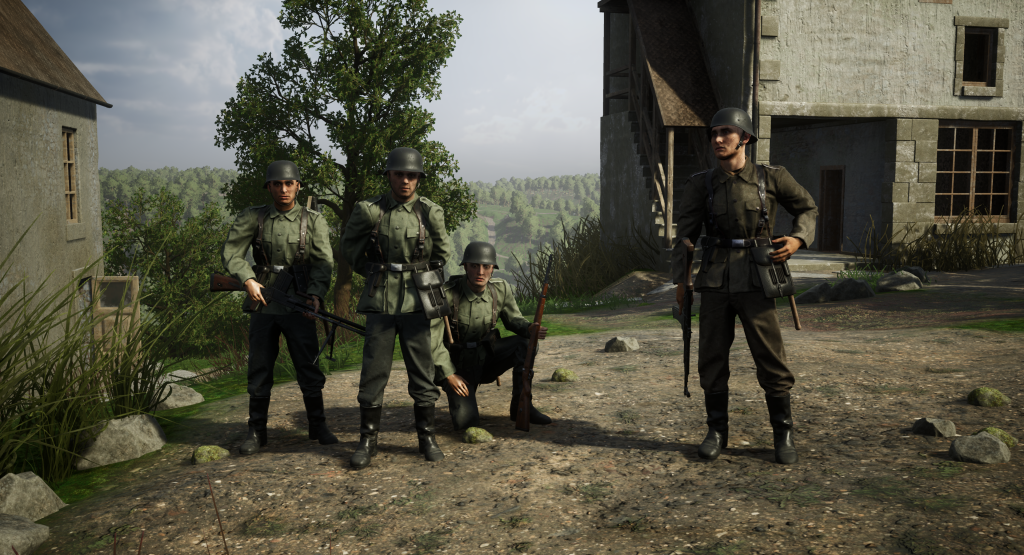 The German Army is not new to Post Scriptum or Plan Jaune, but they have had their uniforms updated to be accurate to the time period of 1940. This also means they have lost some of their famous equipment that was featured in Chapter 1 such as the StG44, Panzerfaust, Panzerschreck, G41, G43, MP40 and of course the MG-42.

This means they will receive fewer automatic weapons and need to rely more on their trusty Karabiner 98K.  However, we have also added some new weapons that include the MP34, ZB 26, Panzerbüsche 39 (PzB 39) Anti-Tank Rifle and M39 Grenade.

To conclude, the German army in 1940 are much more barebones and accurate to the period which will undoubtedly change the way the faction is played. We are excited to see how players are going to approach the battles in this new chapter.

We want to thank you all for your support as we work on finishing this exciting new chapter!