Today, we are thrilled to announce that we are releasing the next instalment in the Post Scriptum chapter series!!
POST SCRIPTUM – ARMOURED is now available to all Post Scriptum owners.

If you haven’t seen it yet, we had an amazing event last weekend with content creators crewing their favourite tanks and engaging in 12 v 12 battles.
A lot of clips and videos of that event are already on YouTube and below is our announcement trailer that we released just before the event.

Also coming with this update is the addition of the infantry ammo bag that is available to all riflemen. 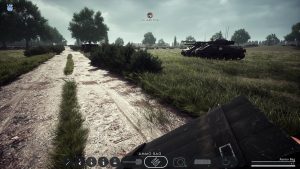 Select the ammo bag and drop it on the floor, it can then be used by any other player to refill his ammo count.
Look at it, press the F key and then click on resupply, this item can only be used once and will disappear after usage. 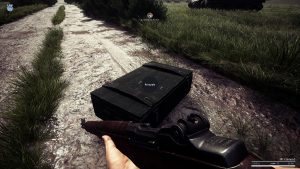 You are able to rearm at the ammo bag yourself but the ammo bag is not capable of rearming itself or at any other ammo crate. So you only have one per life and a maximum of two deployed simultaneously. Unused ammo bags will disappear after two minutes.

Common values to all PS vehicles:

All penetration values have been added to the Arnhem Range training map.
For a recap on how our system works, we recommend you have a look at our Tea Time with the Devs that we had a few days ago.

The tank explanation starts at 23 minutes for those interested in a more indepth look into our damage model.
https://www.twitch.tv/videos/391358379?t=22m42s

Yes! You can now, at the end of each round vote for the next map! 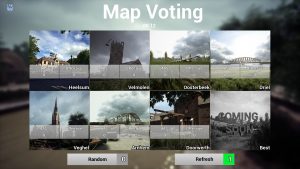 You can vote for a map but also the game mode.
Voting Refresh will refresh the set of maps available on screen, which is currently not doing anything, but it will very soon as we will have more than 8 maps in a few weeks time. (Best, Grave and then our next theatre)

That is of course optional and a server admin can decide if they want the Map Vote feature or keep the old Map Rotation system.

Here is the complete changelog for this update:

Here is a little taste of what to expect in the weeks and months to come:
New layers for Velmolen in both Offensive and AAS.
Best and its bridge.
Grave and its fortified city.
Sandbox game mode news.
Various new unlisted features.
New theatre reveals for Post Scriptum.

That is it for this week!

As always, many thanks to our dedicated community for your continued support and we hope you enjoy playing Armoured as much as we enjoyed developing and testing it!