Before we delve further into this major update, we want to thank everyone who participated and helped us in the Public Playtest that ran this weekend. You guys are awesome!

Six months ago, we started the process of updating Post Scriptum to Unreal Engine 4.21 from the current 4.16 version. This update brings a lot of noticeable improvements to both the client and the server.

Furthermore, with this release we want to announce that Post Scriptum will be 25% off during the Steam Autumn sale. So if you have been waiting to try it or have friends who might be interested, now is the perfect time to grab yourself a copy! 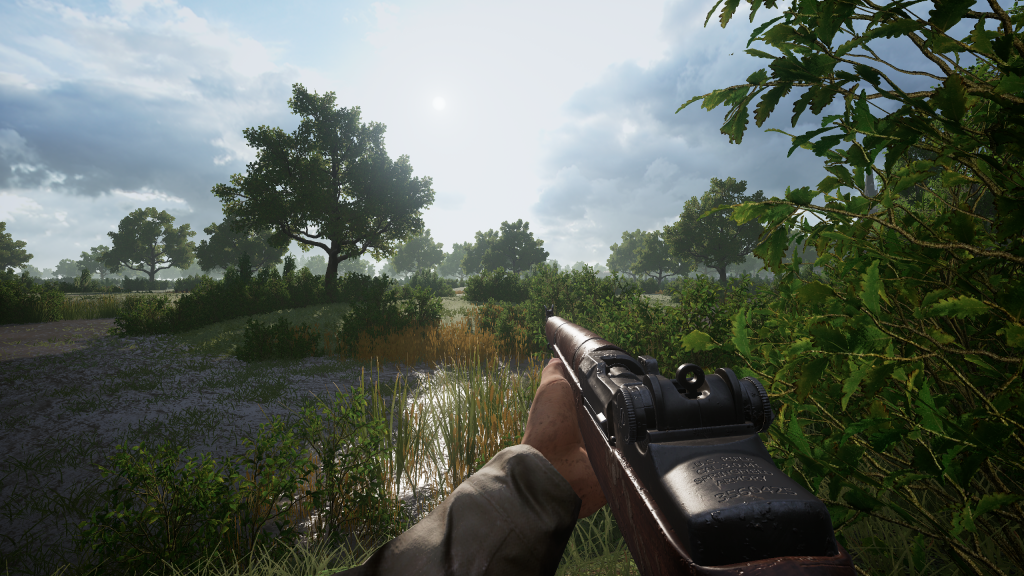 One of the major things we focused on for the 4.21 Unreal Engine upgrade was to make sure that there would be an improvement in performance from the optimization that occurred from upgrading the engine. After a few closed playtests, including the public one over the past weekend, we have gathered very positive feedback and are confident to state that this is the biggest improvement of optimization to date.

The game has undergone a visual revamp with changes in shading, lighting, textures and foliage that should give the environments a much more diverse, lush and sharp look.

UI improvements have been made to the radial menu icons, the deployment screen as well as the map voting panel. 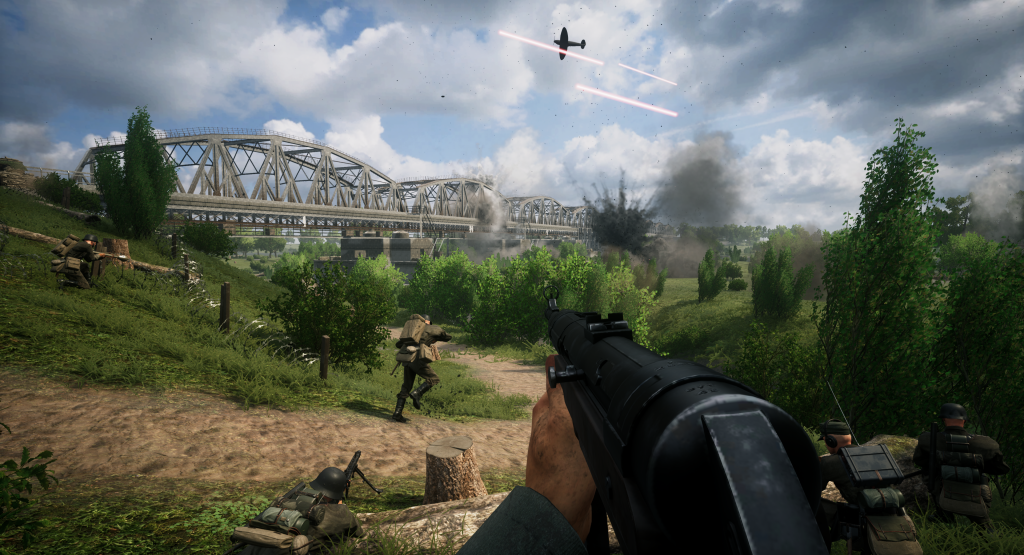 We have also made minor improvements to the gameplay by reworking weapon sway and replacing the instant black screen when killed with a two-second fade out. The foliage also no longer slows down your character instantly, but gradually, and for vehicles, we have gone through and rebalanced vehicle damage to help make the vehicle combat experience is even better than it is currently.

To go alongside the rebalance to vehicle damage, we’ve gone through and improved vehicle handling for both the tanks as well as the wheeled vehicles, new visual effects have also been added for shell penetration to help tankers better verify a penetrating hit on a vehicle.

We also updated some of the sounds in the game, including weapon firing sound for the Lee Enfield, G41 and Sten. The grenades had their explosion sound effect updated, alongside the No77 Phosphorus grenade. The main menu has got some new ambient audio and we did an ambiance pass on all of the maps.

We also added new impact sounds for shells both inside and outside of tanks. There is an audible difference between different calibers of Armor Piercing and High Explosive rounds hitting the ground. Shells also have a more accurate ‘woosh’ when they pass overhead, and this is affected by the caliber, distance and direction from the player. 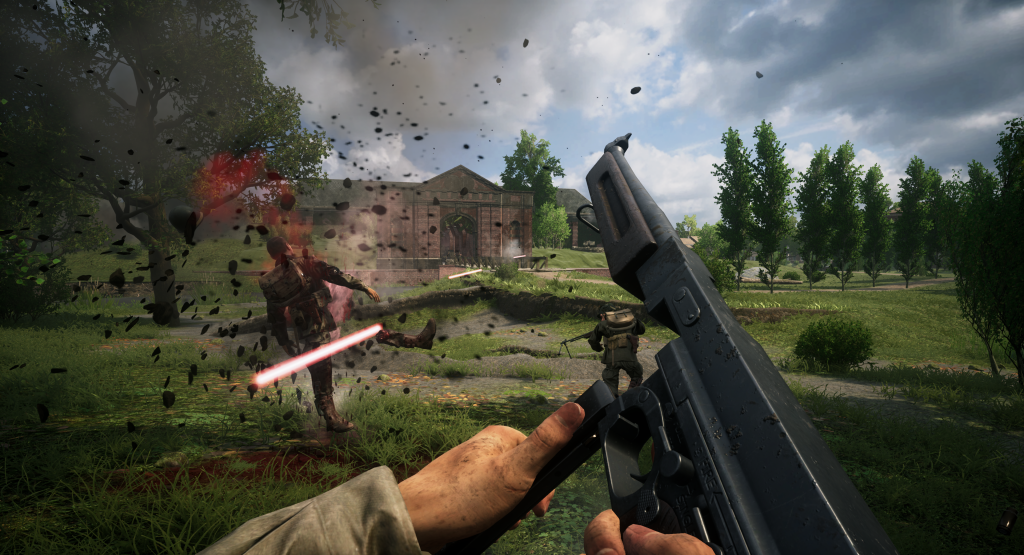 Our animators have gone through and improved the animations of several weapons including the M1 Garand, Lee Enfield, M1911, P38, G41, M1A1 Thompson and many more. We have also improved several character animations like different prone movements for rifles, faster stand to prone transition, new bandage and animation to name a few. General character movement has also been refined and feels more responsive than before.

With Random Advance And Secure capture zones are randomized each time the game mode is played, making for a much more diverse and replayable experience. On top of that, the capture zones that you can’t capture are hidden in a fog of war, making them invisible until you are allowed to capture them. Once they are revealed on the map they will stay permanently visible for the rest of the game. 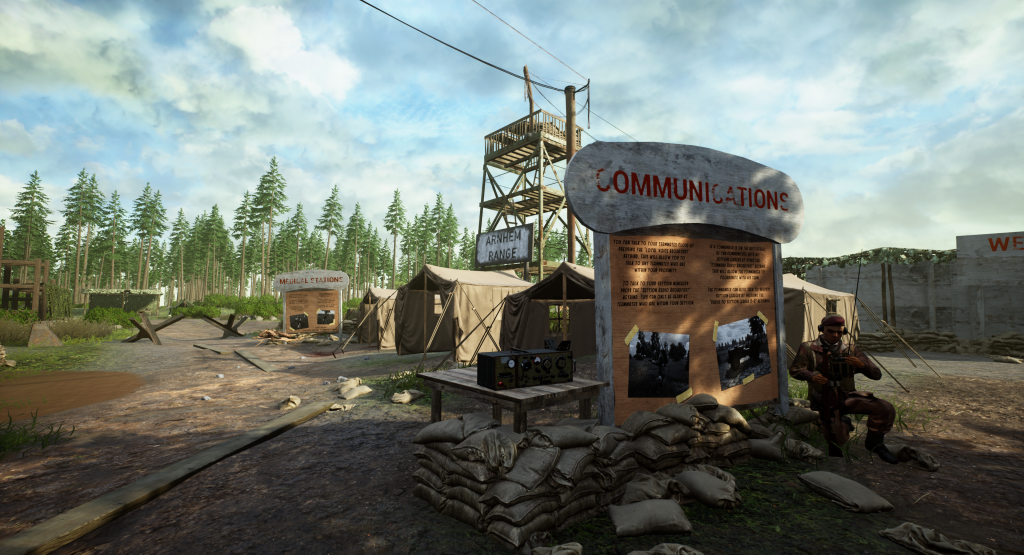 Lastly to finish off this already long post, we have updated the Arnhem Range to be a much better tutorial for new players, we highly encourage new players and veterans alike to check out the new range as it offers a lot of useful knowledge about the ins and out of Post Scriptum as well as the gameplay mechanics.

On the range, you can find tutorial sections for Infantry, Armoured, Logistics, and Commanding. Each section will help you to learn the basics but essential functions of each section type.

Below you can find our changelog for 4.21