We are pleased to announce that our latest update for The Bloody Seventh chapter will be releasing on Thursday 30th May 2019. This will be the final map and conclusion of the first theatre following Operation Market Garden before we begin to explore the other areas of the Second World War with future expansions. 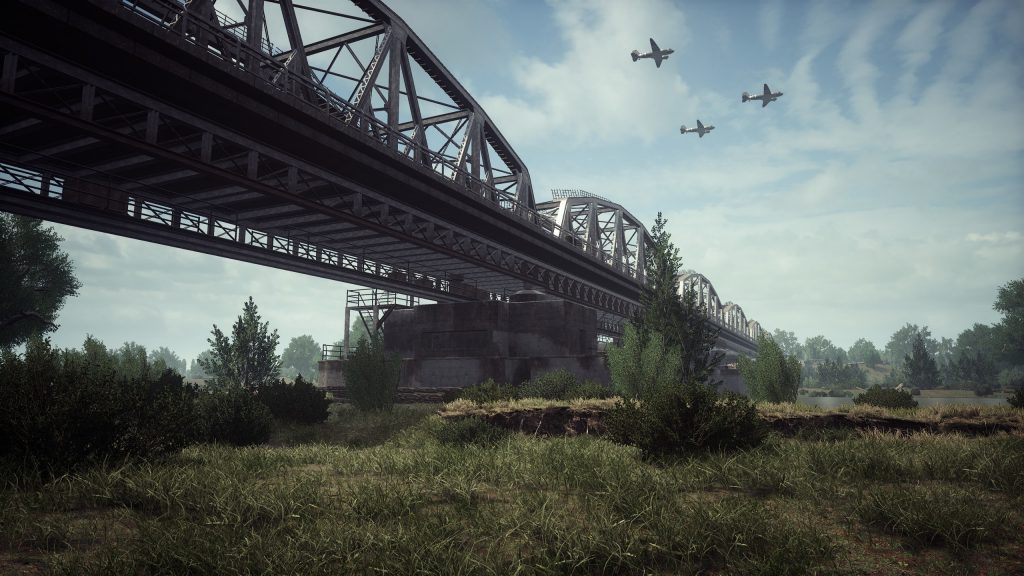 Grave is a 3x3km map which features para drops on both sides of the landmark bridge at the start of the battle. The American forces jumping into Grave will need to capture both sides of the bridge before heading toward the city center, a medieval town with wall fortifications, canals and flooded areas. 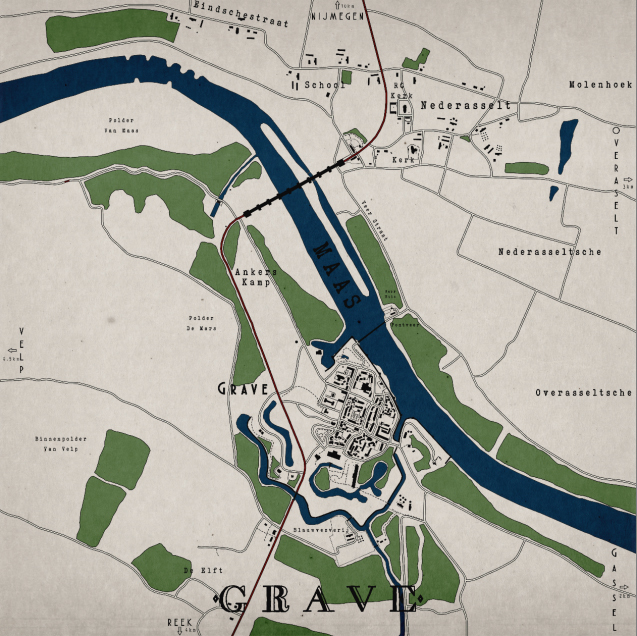 A few historical landmarks have been carefully remodeled and placed exactly where they were or still are today, like this odd little bunker on the West side of the bridge. Its painted pattern was designed to fool the enemies in not knowing where the actual firing positions were from a distance.
The more you know! 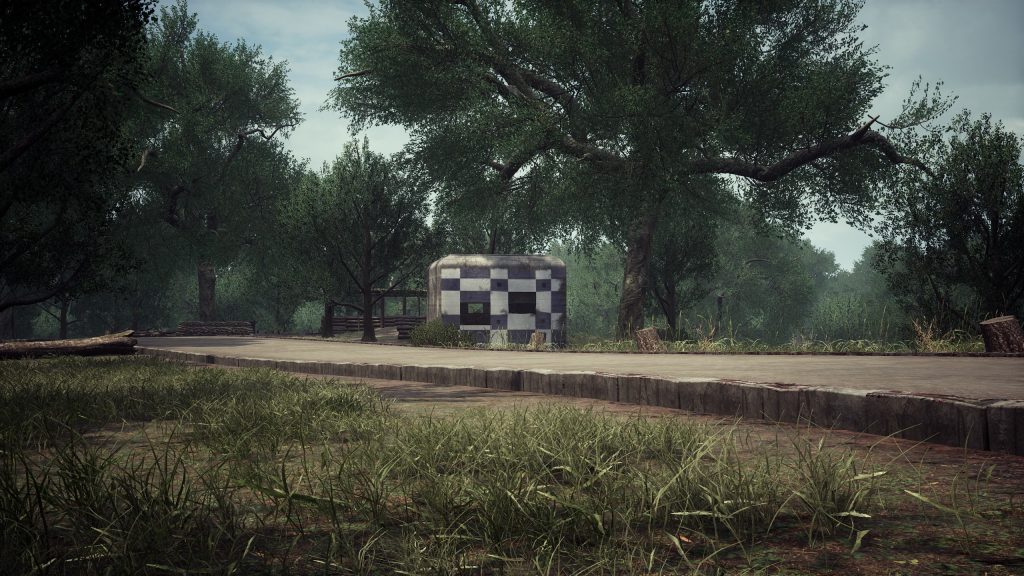 And here it is today! 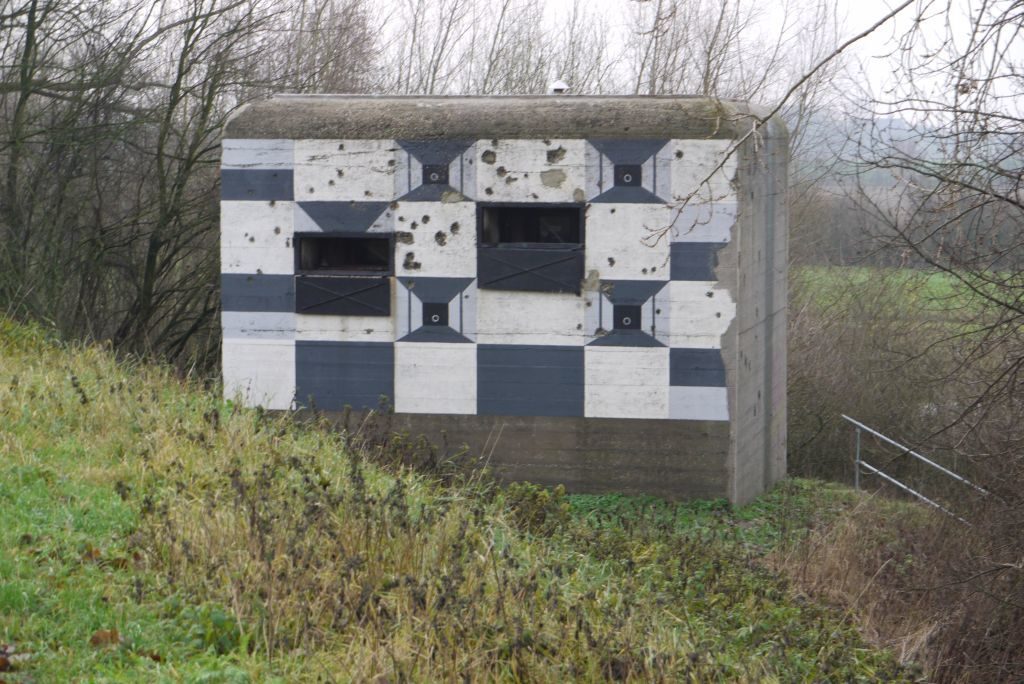 In this update you will also see that we have completely revamped both the main menu and the in-game UI.

There are multiple reasons behind the UI overhaul, the first one was to make things a bit easier for newcomers to get into Post Scriptum. While we were running our booth during PAX East in Boston earlier this year we noticed that a lot of game mechanics such as spawning were not clear enough to new players.

We hope the addition of this and our set of new tutorials in the main menu will help new players understand the core concept of the game a bit better.
Also the training range is now available in local play (still subject to issues) for you to test weapons and vehicles before heading to online games.

In order to polish the game a bit more we’ve also added custom loading screens for each map of Post Scriptum. In addition the music from the main menu will continue to play while you connect to a server. 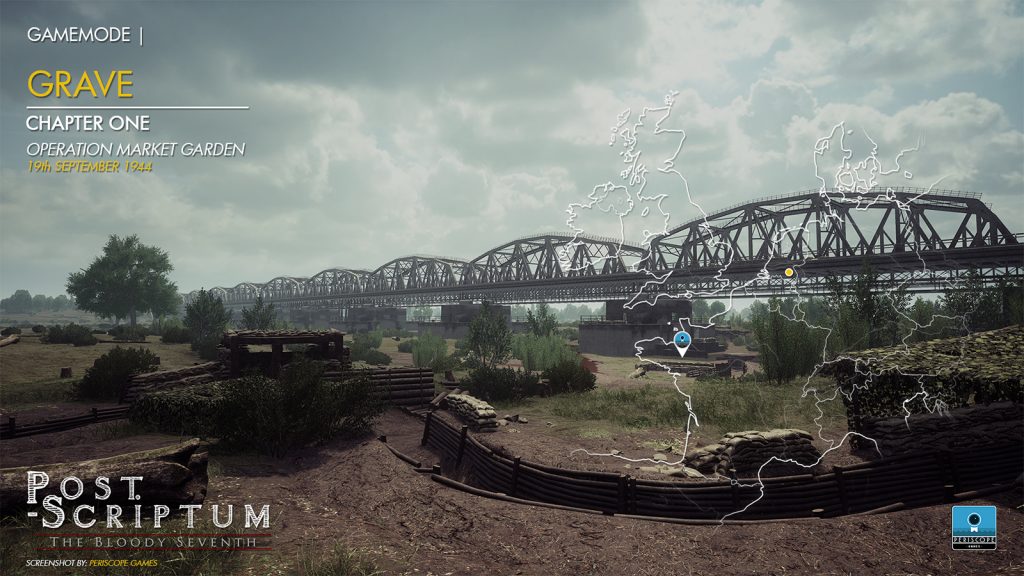 Weapon resting is a feature that we’ve wanted to integrate into PS for a very, very long time and is now a feature in the game!
If you are not familiar with what weapon resting is, it will simply allow you to rest any rifle or submachine gun on a wall, window frame or side of a tree and allows you to make your weapon a lot more steady, improving your aim, especially if tired with low stamina.
This is automatic and does not require you to press any key, the weapon automatically detects any nearby surface if they are in resting distance.
You will know if you weapon is rested if the bipod icon shows at the bottom right of your screen

We have also increased the sway values based on weapon weight, this will be even more visible if a bayonet is attached or if you are exhausted and turning a 200m standing shot in the open, you might want to consider resting your weapon on the nearest object (or teammate) or try crouching to have more stable aim.

Air friction, also known as drag, is how much velocity your projectile will lose over time due to gravity and air resistance. All tank shells are now affected by it and will make your shell hit the ground sooner over distance.
However, if you lose velocity over distance that also means that you will obviously lose penetration capacity too. We have also added different penetration curves based on projectile velocity, this applies this for all shell types, you can see in the image below a PzGr.40 88mm APCR round commonly found on Panzer VI E1 Tiger. 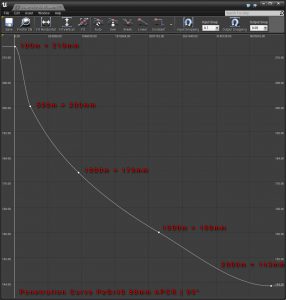 We have added a lot of new shell types to Post Scriptum, all of them having their own realistic penetration curves based on data gathered from tank encyclopedia, wikipedia and various books.

Tanks equipped with ranging system are now able to use the system.

If you like stats and wants to know more about all the values in Post Scriptum, make sure you check this Google Sheet where everything is stored:
https://docs.google.com/spreadsheets/d/1XI5DwCRs92sU2nq2H42PncfRDnnjVk21pbkPTBIwQxE/edit#gid=822514543

We are also adding 9 AAS layers and 3 Offensive layers to Veghel, allowing a lot more replayability on this map. 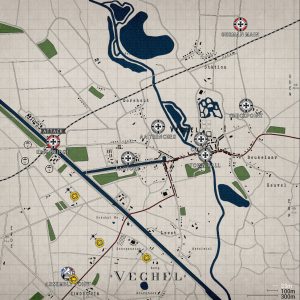 All regroup call radio timer values are now doubled, both inside and outside the red zones. This change will allow Section Leaders to focus more on leading their soldiers than the radio itself.
Artillery has been heavily buffed as well to include shrapnel being thrown at longer distances, you will now need run for your life when shell starts landing nearby!
HE splash damage has now been increased by 35% on all shell types except 20mm HE, grenades and mortars.

To disable a radio, an enemy soldier will now have to be closer to it. 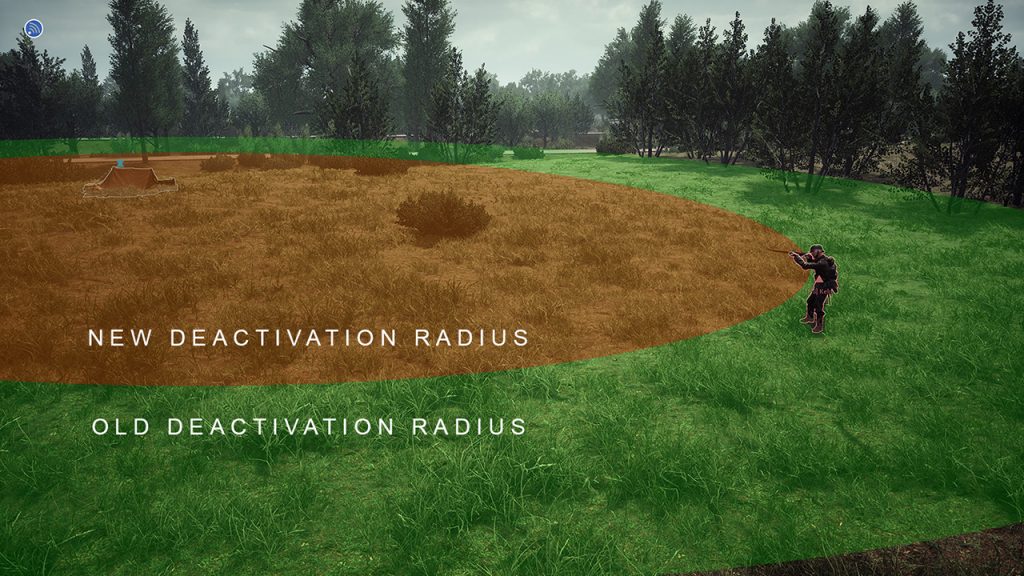 To avoid spawn kills on defence flags we’ve added 3 to 5 different spawn locations that will allow you to spawn somewhere else if one location is compromised by the enemy forces. 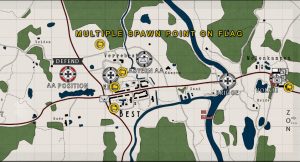 Section Leaders will now need more members in their section to access submachine guns. You will now need 2 members for a MP40/Thompson/Sten and 3 to access the StG44, we hope that this fix will prevent people from creating empty sections just for the weapon.

As a logistic AT or AP soldier, you will now be able to lay down minefields instead of a single mine.
3x 5 AP mines and 2x 3 AT mines for all factions.

Like with every update we do, optimization is still a very important topic and an ongoing battle.
We have made a lot of improvements to the game, by further optimization to some of our 3D models and textures. Foliage on all maps was also tweaked which should result in better frame rates overall.

A few new features are also showing up in this patch, firing inside buildings and under structures will now change the way you perceive sounds with our new dynamic reverb system. Churches will cause gunshots, explosions and player voices to echo prominently, while small houses will feel more claustrophobic, with a tighter reverb time.

This system will be improved and tweaked upon in future patches, and may hopefully be utilised for other dynamic audio states.

This update will probably conflict some of the previous localization work.
Our amazing community is already helping us on getting it up to date, so give us a bit of time, it will be updated soon.

CHAPTER 2 AND THE FUTURE

Our 3D department started working on Chapter 2 late last year, all the models are now completed and our animation department is going at it full speed as well as our sound designer, making sure we have an even more immersive soundscape than Chapter 1!
With the first few results we have, this is clearly the case!
Level designers are also completing the first 2 maps of chapter 2 as we speak and a third one will come out at a later point since it has not started yet. There has been a massive step up as well in the level design department, the maps are absolutely stunning and we are dying to announce it so we can finally show you all the upcoming goodies.
While we are working on chapter 2, we are also working on chapter 3 in the level design department.

In between Chapter 1 and 2 there will be a massive engine upgrade to Unreal Engine 4.21 as we currently are on OWI Core 4.16 that is over a year old, bringing us a lot of legacy bugs in our current build.
We are hopeful that the engine upgrade will grant some performance increase to the entire player base, from modest rigs to more high-end builds.
If you have played the recent Squad A13 build, then you know what type of optimization and performance increase to expect.
However, before we get 4.21 running on the public branch, there is a massive amount of work ahead of us: code breaking, compiling issues, missing links and more funny glitches to sort out.

We do not know just yet how big the task is going to be, but based on the last engine upgrade, we are not expecting a simple flick of a switch unfortunately.

After the 4.21 update is done and polished, we will release the first iteration of the PS SDK so that you guys can start messing around in the editor.
Coding on Sandbox will also resume around that time.

We have a free weekend coming up very soon, we are currently in talks with Valve about it as they need a bit of a heads up to make sure things are ready on their end.
We are also waiting to see how this build is fairing on the public branch, then hotfix what is needed to make sure the build is as clean as it can be for the event.

We are also starting to mention what fixes are being made to Post Scriptum based on our community’s feedback. We can’t address them all obviously, but some good ideas were thrown our way and we thought it would be a good idea to acknowledge them publicly.

In conclusion, a lot of new content is coming with this update, we hope that you enjoy the fruits of all the hard work and passion the team have put in over the last few months.

See you on the battlefield!