With Chapter 3 “Day of Days” only a few days away we wanted to show off some of the things that you can expect with this exciting next chapter.

Starting off with a new game mode called “Invasion”. This new game mode was designed with Offensive as the base game mode, but it has a twist. Instead of capturing points, you will start off by landing either on the shores of Utah or arriving by drop planes in the dead of night. You have to destroy a set of objectives with explosives in order to progress.

In the Invasion game mode, some assets like armour, air support or artillery support are disabled.

See the video below for a full overview of the new game mode: 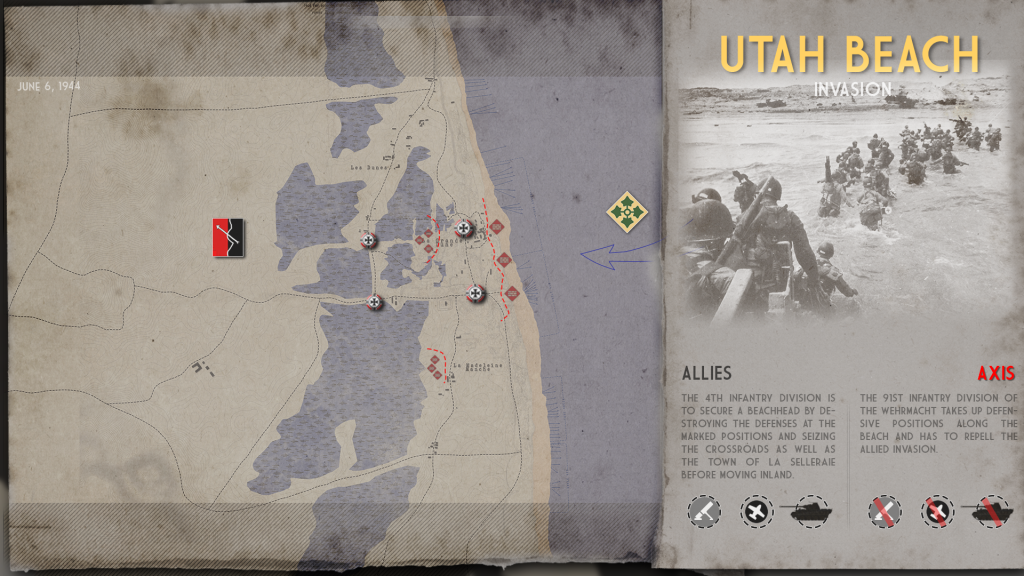 Utah Beach is one of the five sectors during Operation Overlord which is the Allied invasion onto the shores of Normandy in German-occupied France. You will attack as either the 4th Infantry supported by armour from the 70th Tank Battalion or defending as the German 91st Infantry Division. The Utah present within Chapter 3 is not the final version, later it will be expanded upon. 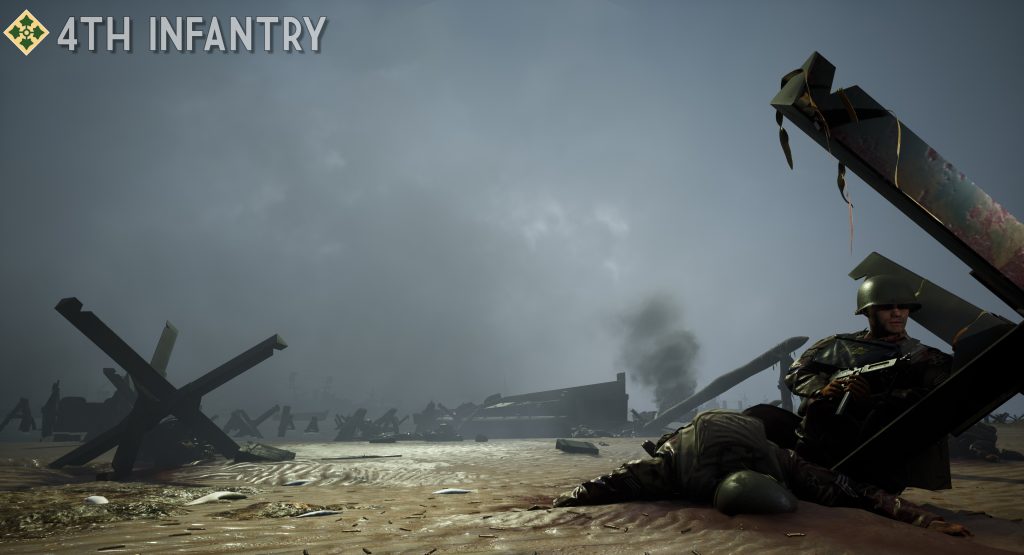 Utah is one of the two new Chapter 3 maps that feature the Invasion game mode as mentioned in the video overview above. The objective is to destroy or defend the three sets of barricades on the beach which must be destroyed before they can move on. Once destroyed two capture zones must be secured to establish a beachhead and grant the attacking force a Headquarters on the beach. 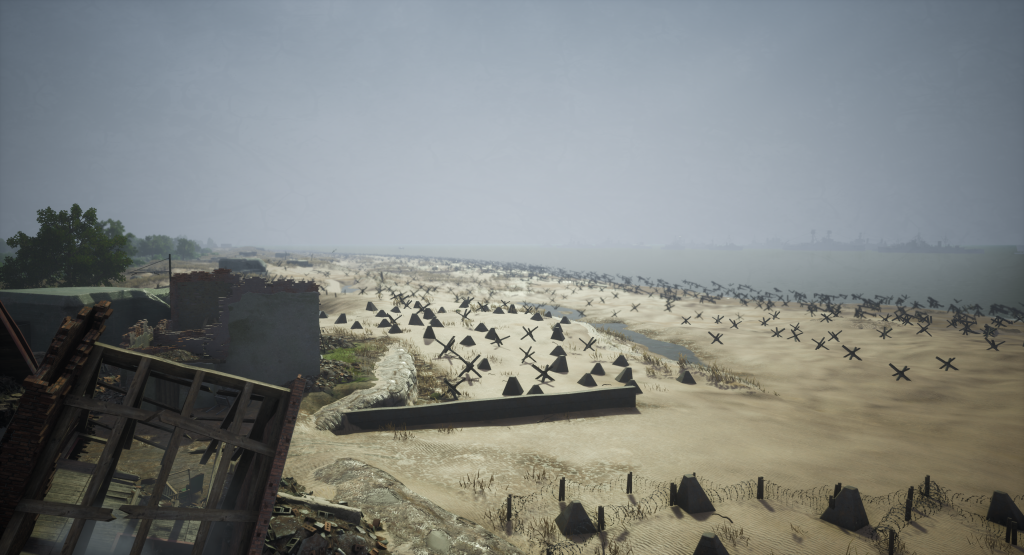 Once a beachhead has been established, the attacking force can move on to destroy the Anti-Air/Artillery Batteries further inland which will enable the capture of the next two flags. 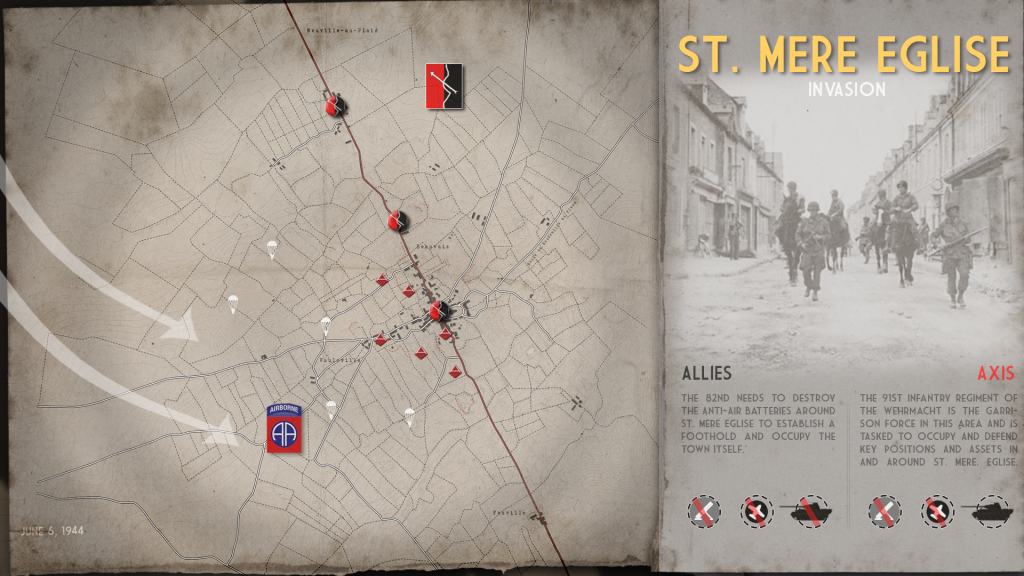 Sainte-Mère-Église or St. Mere Eglise is a town further inland from Utah Beach and was a target for the 82nd Airborne during the night before the invasion. The German 91st Infantry Division was tasked to defend the town and heavily fortified the area with Anti-Air batteries that will be the primary objective for the 82nd. 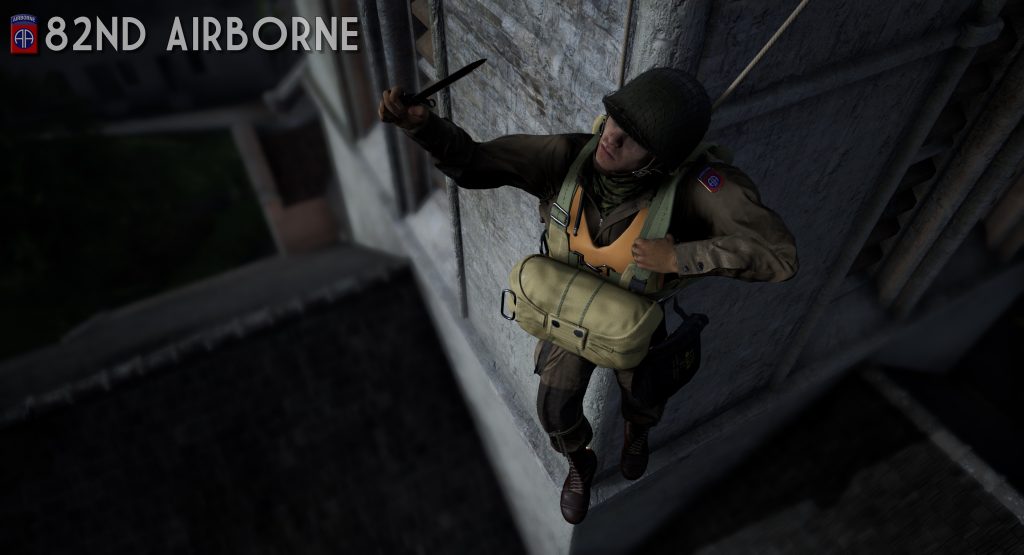 St. Mere Eglise is the second map featuring the new Invasion game mode and will require the 82nd to jump into the flak filled skies and make their way to the ground where they will have to locate and destroy all of the marked Anti-Air batteries on the map. 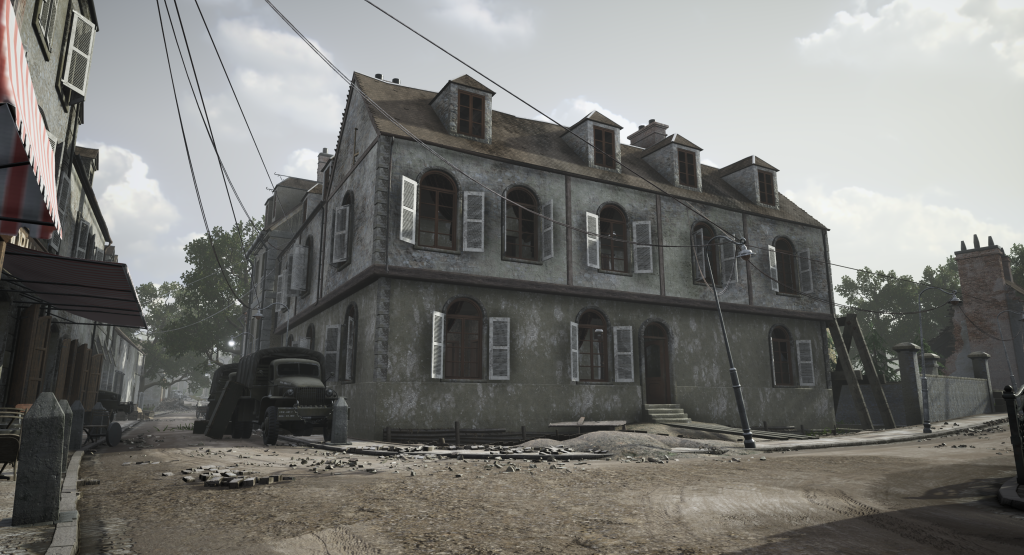 Unlike Utah neither team has access to Air or Artillery support and only the German team will have any armour. Since you are dropping in the middle of the night your biggest ally will be the cover of darkness and the element of surprise. Choose your route through the thick hedgerows and streets carefully. 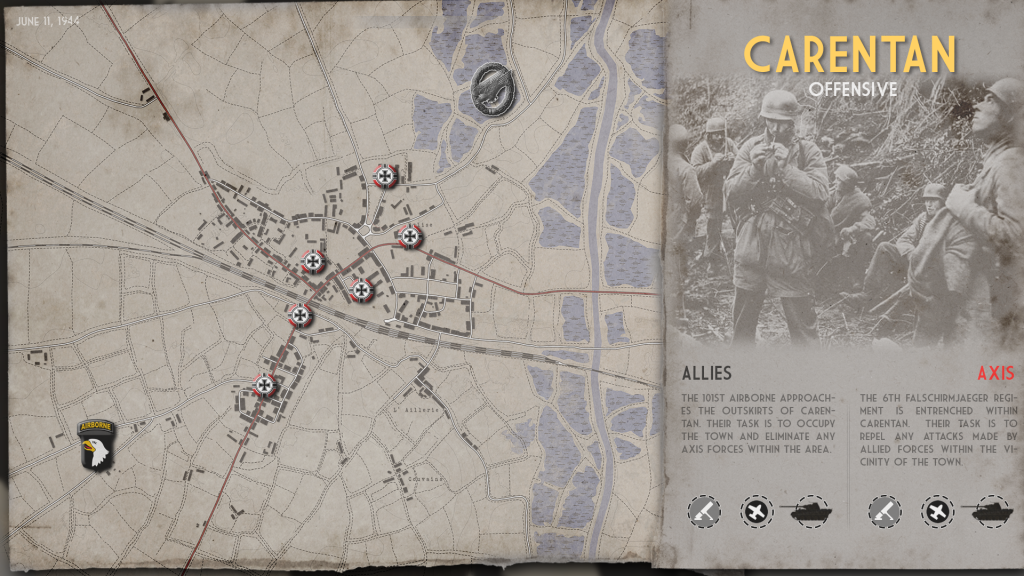 The city of Carentan is located to the south of Sainte-Mère-Église and south-west of Utah Beach. It was here the 101st Airborne clashed with the 6th Fallschirmjäger Regiment. Two elite airborne units fought over this small town. 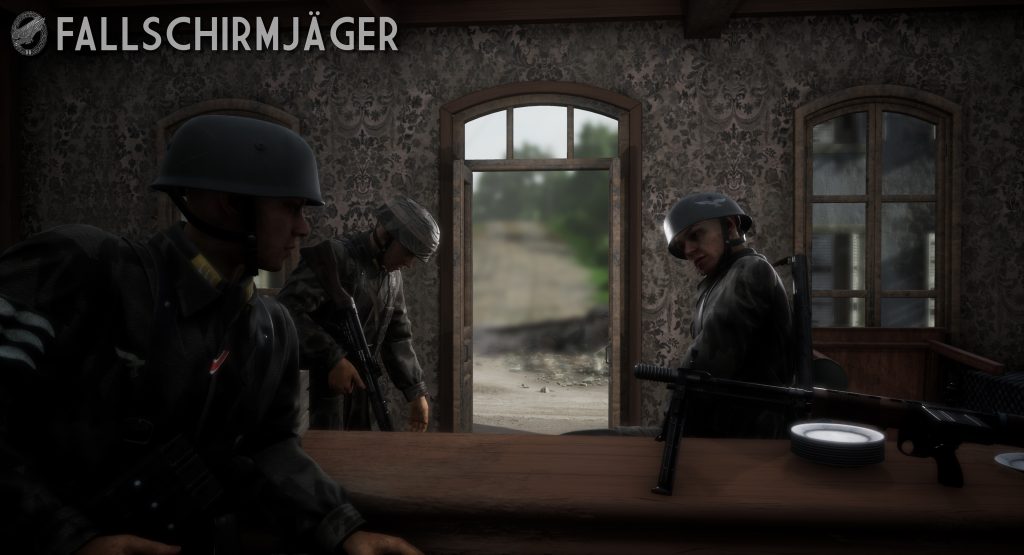 Carentan features the Invasion game mode as well and will require the 101st airborne to destroy generators powering the radar station in the vicinity of the town, as well an artillery battery which is shelling nearby forces. Both teams have access to their normal full range of support and armour assets, but be careful not to get yourself stuck in the narrow streets, the fields surrounding the city is the most suitable place for the tanks to engage, while the narrow streets favour the infantry fighting. 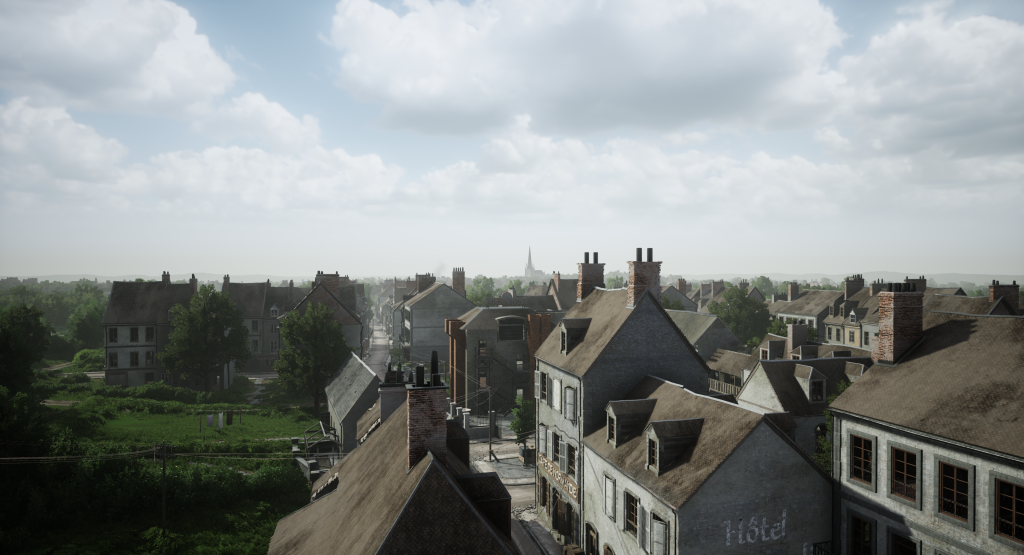 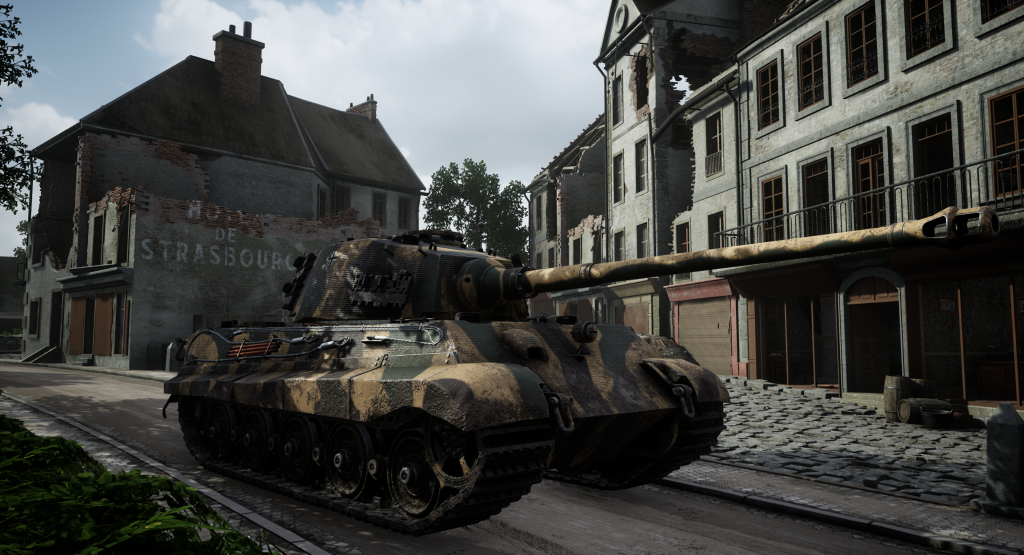 The Panzerkampfwagen VI Ausf. B “Königstiger” or just King Tiger is a German Heavy tank designed in 1943 and manufactured up until the war ended in 1945. The tank itself weighs just about 77 tons loaded, it’s 10 meters in length and is fitted the 8,8 cm KWK 43 L/71 cannon and as well as a 700 horsepower Maybach engine similar to the one in the Tiger E, the Panzerkampfwagen VI Ausf.B “Königstiger” was considered by many the pinnacle of German tank design.

In Post Scriptum it’s considered a Heavy Armor asset much like the Tiger already present within the game. It will be playable on most of the standard maps that feature 1944 German forces and the Allied will need to approach the tank with great caution. Its upper front plate is over 150 millimetres thick and thus making it near impenetrable by most allied tank rounds. You’ll need to make good use of your armour and portable anti-tank capability in order to destroy this tank. 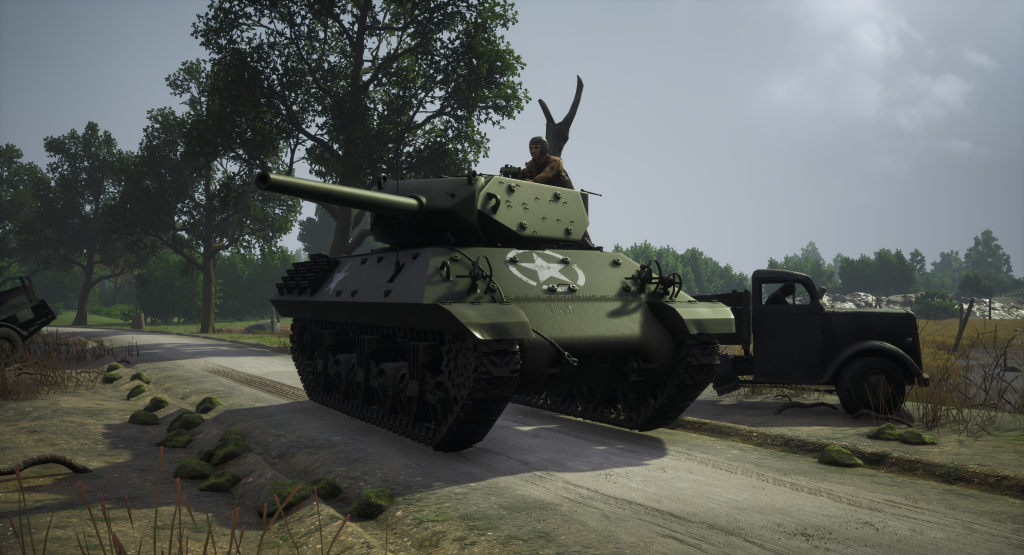 Germany is not the only nation to get new vehicles, the US Forces will get several new vehicles including the M10 “Wolverine” Tank Destroyer, the M8 “Greyhound” Armoured Reconnaissance Vehicle, the M18 “Hellcat” Tank Destroyer and much more. 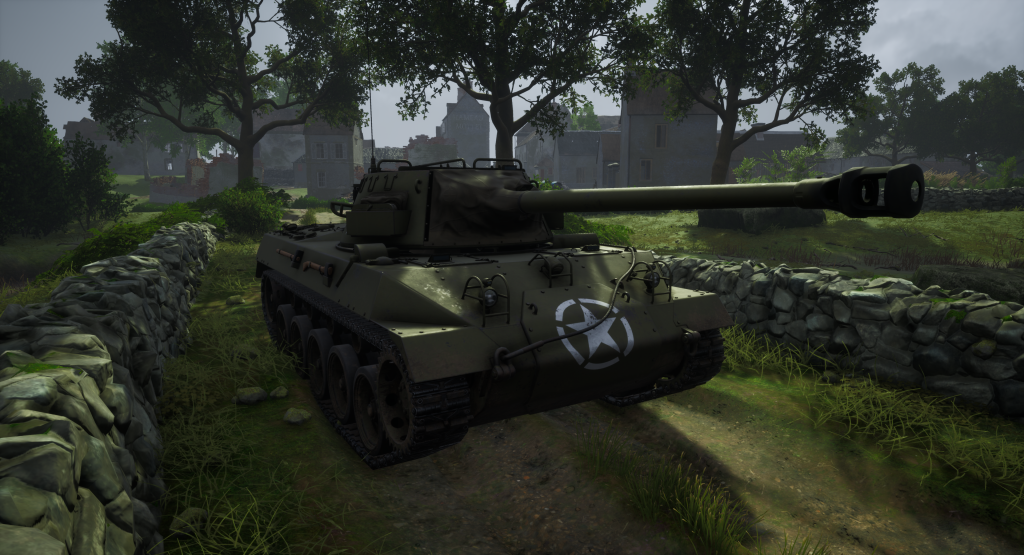 The M10 and M18 are vastly different even though they are both Tank Destroyers. The M10 is slow and large while the M18 is small and fast, but both of these, feature the same weakness. Being lightly armoured and open-topped they are very vulnerable to infantry fire from above and enemy recon vehicles, so you need to be cautious when moving in places that grant the enemy a height advantage.

Alongside the devblog, we can finally announce the Day of Days First Look event where we have invited several of your favourite creators to get a look at the new chapter. We did this for Chapter 2 and we have a lot of guests coming along this time as well.

The Creators have received a set of keys that they can give away to their audience, we encourage you all to join in and see if you can snatch yourself a free copy of Post Scriptum during the event.