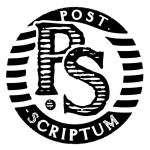 Our work in upgrading Post Scriptum to 4.21 version of the Unreal Engine has been a 5 month long period that is finally showing us a bright light at the end of the tunnel.
This week our testing team had the chance to try a playable build and the results have been very pleasant.

Despite the existence of some (funny) gameplay breaking bugs…

…the vast majority of testers reported a significant performance increase that they have never experienced before in past iterations. We will continue with more tests in forthcoming days, but so far performance and server stability seems to be a dramatic improvement and we can’t wait to share it with all of you!

One of the new features that we have been working for the next patch release is the inclusion of RAAS. Similar to AAS, both teams attack and defend control points (known as “flags) but the layout is set in a predefined order. While in RAAS, the order of the control points are randomized.
At the start of the round your team will only be able to see the next cap-able objective. As they progress further into the flag layout, other control points will become visible.

RAAS will replace AAS as we believe that it is more beneficial for gameplay for players to react and adjust over time according to the new intel given.

Vehicles have been subjected to a revamp in how they feel in weight, scale and motion. From tanks to light vehicles, they have been thoroughly refined.